​All images appearing on this web site are the exclusive property of Dr. Latika Nath.

The images may not be reproduced, copied, transmitted or manipulated without the written permission of Dr. Latika Nath. 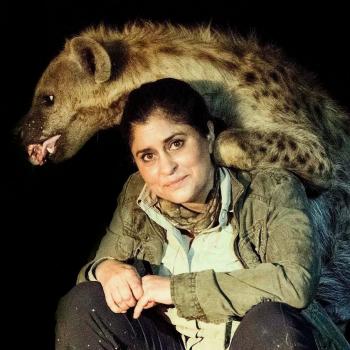 I am a wildlife biologist with a D.Phil on Tiger Conservation and Management from the Wildlife Conservation Research Unit (Wild CRU ) and Christ Church, University of Oxford.

I am the first woman wildlife biologist in India to hold a doctorate on tigers and entered the field of tiger conservation at a time when no holistic scientific work had been done on the tiger in India apart from a study in 1968 by  Scientist George Schaller.

Breaking into what had been so far an exclusive male dominated field, I have spent over twenty-five years working at the grassroots level for tiger conservation eventually changing focus from academic work to working with the tribal communities in the buffer zone of Kanha Tiger Reserve and the Forest Department of the Government of India for tiger conservation. I established the renowned Singinawa Jungle Lodge and through the Singinawa Foundation worked on education, health, art and alternate energy programs for the tribal villages in the region.

My life and work has been featured on National Geographic television in a documentary called ‘The Tiger Princess” and on the Discovery Channel on the program ‘Wild Things’. I have contributed to films like "Sita's Story" and a "Tale of Two Tigers" on the BBC, as well as the cover story on tigers for the "Year of the Tiger" special by National Geographic Magazine.  I have worked with numerous international organisations including IUCN, UNDP, UNFPA and ICIMOD on many species including the Asian Elephant, the Gangetic Dolphin, the Arna or Wild buffaloes and high altitude mammals in the Kanchenjunga area. My areas of interest focus include landscape ecology and the resolution of human-wildlife conflict.

I am the recipient of scholarships including the Chevening Award from the Foreign and Commonwealth Office, the Oxford and Cambridge Society of India, the Overseas Research Student (ORS) UK, and the Wildlife Institute of India. I have also been awarded for her work in the field of Eco Tourism by the Adventure Tour Operators Association of India (ATOI) and the Karamveer Puruskar.

For the past few years I have been travelling and photographing the cat species of the world and has photographed Tigers, Leopards, Lions, Cheetah, Jaguars, Snow Leopards, and Clouded Leopard. I am an ardent traveller, photographer, diver and spend time exploring the myriad wilderness spaces of the Planet.